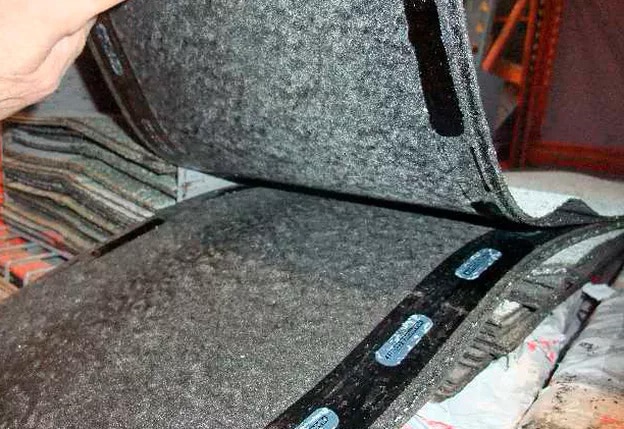 How the tale of removing shingle cellophane strip began.

The old wives’ tale about removing the cellophane strip from the back of the shingle has been around since before I started roofing in the early 70’s. I have heard this rumor all the way from the Southern United States to Northern Canada.

In the 1950s self-sealing and manually applied adhesives began to be used by manufacturers to help prevent wind damage to shingle roofs.

So the “remove the cellophane” rumor must have begun in the 50’s when the manufacturers first started putting the sealing strip directly on the shingle.

So the problem became how to stop shingles from sealing together in the packaging.

During the early 70’s I was installing a product called Sun Seal Shingles, I am not sure who made them. We were installing this product near Galveston Texas. There was no cellophane strip on this brand. Perhaps it was a defective batch, but we could not separate the shingles once they had warmed up, it was one bundle solid. They were useless.

So the problem was how to make shingles not stick in the packaging. This was solved by lining up the cellophane strip on the back of the shingle with the sealing strips on the front.

I found this on the Casma site http://www.casma.ca/shingle-release-film#.WOPWE8fKlFI

Asphalt shingles have been a commonly used roofing material for almost a century. Early asphalt shingles were often applied with an asphalt or tar adhesive to enhance wind resistance. In the 1950’s shingles were introduced with a factory-applied asphalt adhesive sealant strip. An overlying loose film that needed to be removed during shingle installation protected the sealant strip on those shingles.

By the late 1950’s, manufacturers had developed an alternate way to protect the factory-applied adhesive. Rather than a cumbersome “removable” film, they merely applied/adhered a smooth film on the bottom of the shingle in the exact area that contacted the sealant strip of the shingle below while the shingles were packaged in the bundle. This release film prevents the sealant from “activating” while the shingles are in the bundle. (The sealant on the top shingle in each package is protected by special treatment applied to that area of the bundle wrapper.) Once the shingles were unpacked and arranged on the roof for installation, the protective film had served its purpose and could be left in place. Early release films were sometimes aluminum foil or special paper, but now clear plastic is most common.
This manufacturing practice is still used by manufacturers today. The tape on the back of asphalt shingles does not need to be removed. In fact it is not really designed for removal, so it is often quite difficult to remove! Removing this film will in no way help the shingles bond faster, seal to each other better, or last longer on the roof.

So there is a good chance that this is how the rumor got started. Like many rumors there is some truth behind it.

Additional Tales
Be Aware of the Bee’s

A swarm of bees settling on a roof is an omen that the house will burn down.

If a bee enters your home, it’s a sign that you will soon have a visitor. If you kill the bee, you will have bad luck, or the visitor will be unpleasant.

Moral of the story: Be kind to bees.