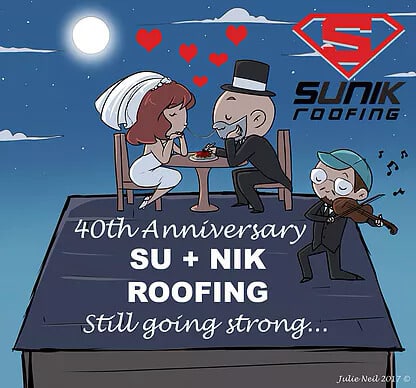 Sunik Roofing was named after my wife Sue and myself, Nick; you might be surprised at how many people never make the connection. This month will mark our 40th wedding anniversary of Sue and Nick. To quote the Grateful Dead “ What a long strange trip it has been.’ 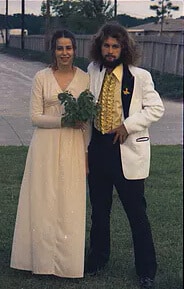 I met Sue in High School. It was Clear Creek High in League City Texas. Sue was sweet 16 and I was a worldly 18. We have been together ever since, 45 years. Those summer days when we would skip class and go to the beach in Galveston seem golden now.

Looking back at all of my success and failures it has been Sue by my side. We had some very hard years, with 2 young boys to raise, there were times in the early 80’s when I was working 12 to 16 hours a day and still struggling to get by.

We have been through the eye of Hurricane Alicia in 1982, survived the Gulf coast floods, raised 2 boys, and we have survived poverty.

There were times I would get down on myself. I wanted to be a good provider, Sue would take me aside and tell me to “ cheer up because you are living the good old days”, times are hard but we have each other and our boys”.
I did and Sue was right, those were the “good old days”! I think of them often. 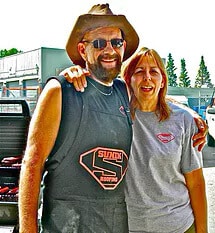 We moved to Calgary in 1986 and by 1989, 28 years ago, I had started Sunk Roofing; Sue has been on board since the beginning. We are together a lot. It is not for every body working with your spouse adds a new dimension to your relationship, it can be stressful but we thrive on it.

Back in the early days Sue would man the phones and do the accounting, I would do the marketing sales and watch the crews; we started with only $1000.00.

In 1996 I took on Lowell as a partner and it was just the 3 of us until my sons, Nicholas and Nathan, joined Sunik in the late 90’s, making us truly a family company. 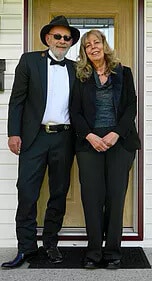 I have heard it said that most successful men have a woman behind them; I like to think I have one by my side. Having one person believe in you can make all the difference. Sue has been that for me.
I think we are most proud of our two sons, they are good people, and it was a special time for us when they both achieved their Journeymen’s ticket in roofing. We are also very proud of our company which represents our names.

Sue and Nick have had an awesome 40-year run, there is now a Grand Daughter and twins on the way, fish to catch and places to see, roofs to shingle…Life is good.
Sue and I are still very much in love, we feel extremely lucky,

Happy 40 the Anniversary to my brown eyed girl, Thank you for believing in me.