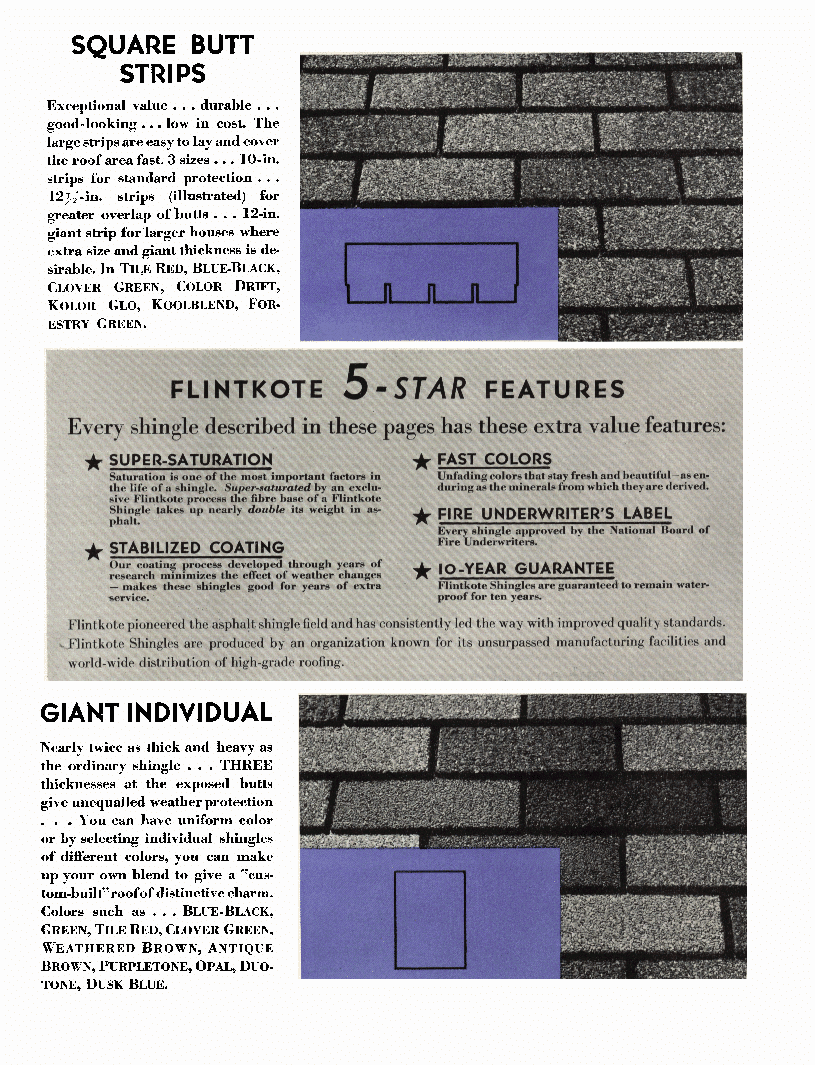 The Evolution of the Asphalt Roof Shingle

Roofing shingles were invented in 1901. Originally made with cotton rags, until the 1920s when cotton rag became too expensive. Other organic materials were used as felt included wool, jute or manila, and wood pulp.

I started roofing/installing shingles in the Houston, Texas area in 1973. I was doing tract housing for U.S. Homes, which at that time was the largest builder in the United States. The product we were putting on at the time was called Flint Coat. Flint Coat is credited for using flint for the granulated surface to protect the asphalts from harmful UV’s back in 1915. They were an Organic 3 tab asphalt shingle.

An Organic shingle is one that uses tar-saturated paper as a mat or center of the shingle. At the time there were twenty-seven shingles to a bundle, three bundles to a square, a square being 100 square feet.

The Mat is covered with asphalt and then granules’ are used to cover the surface, and lastly a self-sealing strip. To stop shingles from wind damage, previous to the 1950’s, shingles had to be hand sealed.

There was very little choice of colour for roofs in that day. Shingles weighed seventy pounds per bundle and two hundred and ten per sq. Though there were heavier shingles on the market, two hundred and ten pounds was the basic standard. Organic is extinct and no longer made today.

Today the three tab shingle is almost extinct. Only a few manufacturers still produce the 3 tab. Todays 3 tab is made with a fiberglass matt or polyglass. There is twenty-one shingles to a bundle and still 3 bundles to a square. The product is lighter, being the nature of fiberglass.

The industry has evolved to laminated shingles, with a multitude of improvements. They have wider nailing zones, double sealing strips, lower melting point on the self-sealing strips, higher wind ratings and better adhesion of granules. Also with better winter applications some products are designed with cold weather application in mind and can be safely installed at minus 20 Fahrenheit.

One of the biggest changes to Asphalt shingles is the impact rating. This tells you how well your shingle will stand up to hail.

Today’s consumers have more choice with a wider range of quality, colors, design and product.